This is the first in a series of brief articles, written, in an attempt to give an insight into the heady and stygian world of brewing and also perhaps allow the reader to appreciate a little more the hard work that goes into the manufacturing of beer. The fickle nature of the raw materials that we use has turned us brewers into sensitive types, in need of love and nurturing, so when you see us at work or meet us in the street, please be nice. 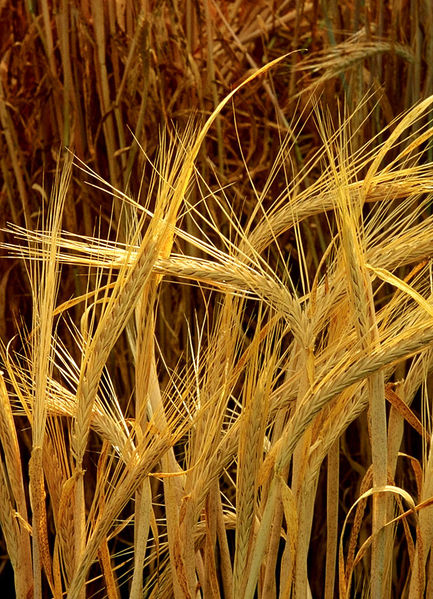 First of all malted barley -
Brewers use primarily malted barley to create wort, a sweet sticky liquid packed full of sugar, which is needed to make alcohol, although wheat, oats and even rice can be used; look at the ingredients on a bottle of American Budweiser when you are next in the supermarket and then hastily return it to the shelf.

The malting process is complex enough to need its own article, suffice to say that the barley is prepared for us in such a way that sugar production can be carried out easily.

There are many varieties of barley available to us, the most popular amongst smaller brewers being Marris Otter. It is a versatile and forgiving strain, which will cope well with the variabilities of temperature control and handling that are found in smaller breweries, whilst still producing very good results. Unfortunately it yields less barley per acre than more modern varieties and as such commands a higher price.

Coloured malts are used in the brewing process to create beers with different colours and flavour profiles. They are created by kilning barley to sear the grains, the more heat the darker the grains become. We then have at our disposal a wide spectrum of colour and flavour from straw yellow, through rich nutty brown and finishing with liquoricy, roasted black. Combinations of these malts will give us the different types of wort with which we can create a multitude of beer styles.

Crucially, the barley is crushed by being passed through a mill. This allows water to easily penetrate the grains in the mash tun and dissolve the sugar that is present to create wort. Without crushing only small amounts of sugar can be obtained.

Once we have removed all of the simple sugars from the barley, it can be sent to or collected by farmers who use the spent grains, which now have little nutritional value, as a means to bulk out their cattle feed. Look out for lorries on the road with ‘Bank’s Grains’ or ‘ Bank’s’ written on the side. They will be full of spent grain or on their way to a brewery.